Doors with a history

My eighteenth entry to Norms Thursday Doors. Doors with a history. During the cold war the 32nd Tactical Fighter Squadron (TFS) nicknamed the Soesterberg Wolfhounds was based at Soesterberg airbase.

Over the years the Soesterberg Wolfhounds flew and maintained a variety of fighters including the F-86, F-100, F-102, F-4 and F-15, achieving impressive results. The 32nd Wolfhounds was recognized as the most outstanding fighter interceptor squadron in the United States Air Force, winning the Hughes Award three times. bron: soesterberg wolfhounds

The door is the entrance to the underground Command Bunker of the airbase. Since the end of the Cold War much is changed. The vast complex on top of the bunker is gone and the airbase closed down. No threat of the Soviets anymore. We know better nowadays.

Soesterberg Airport is the cradle of Dutch Military Aviation. Today the Dutch ‘Nationaal Militair Museum‘ is based at this location to honour the men and women who served for our country. When you come to visit our country please take a look at the museum. It give’s a stunning view of the long and distinctive history of our armed forces. 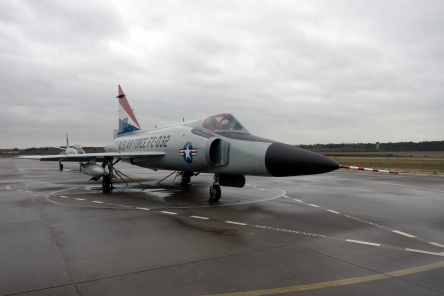 The Dutch base was officially closed on 12 November 2008.

#ThursdayDoors is a post series run by Norm Frampton. If you like interesting doors, visit his site and check out what people are sharing today. Thursday Doors 28 january 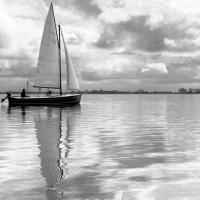 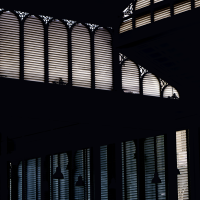